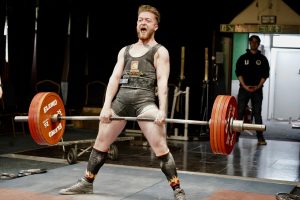 I was about 9 years old. I remember sitting with saucer-like eyes staring above me as the flickering figures danced about the big screen. I remember watching Stallone as he heaved and struggled, throwing punches against his much younger much, stronger opponent. I felt a wave of apprehension sweep across the crowd as a crushing blow knocked the hero to his knees but torturously he dragged himself to his feet and continued to fight on. By the time the final bell was rung Stallone was still standing. Then the inevitable happened Stallone’s young opponent was declared the winner, but to my childish surprise, the crowd was chanting for Rocky. I walked out of the cinema, still feeling a little dazed I asked my dad why the crowd had cheered for Rocky even though he lost.

“It wasn’t about winning or losing, son. It’s because he came back.”

I turned to my dad, my tiny hands still clutched around the long-finished drink that I was still slurping, and with all the childhood wonder I could muster:

“Didn’t you used to be a powerlifter?”

I should have known better than to put a  challenge before my dad. He immediately got back into training and a few months later took second place at the European Championships. Six years later… I’m following in his footsteps.

I’m the youngest member of Team Rutherford, however, I am also the tallest which incurs major bragging rights over my mini (but mighty) family. When I started lifting I was unfit and a little pudgy so powerlifting changed not only my body but my life!