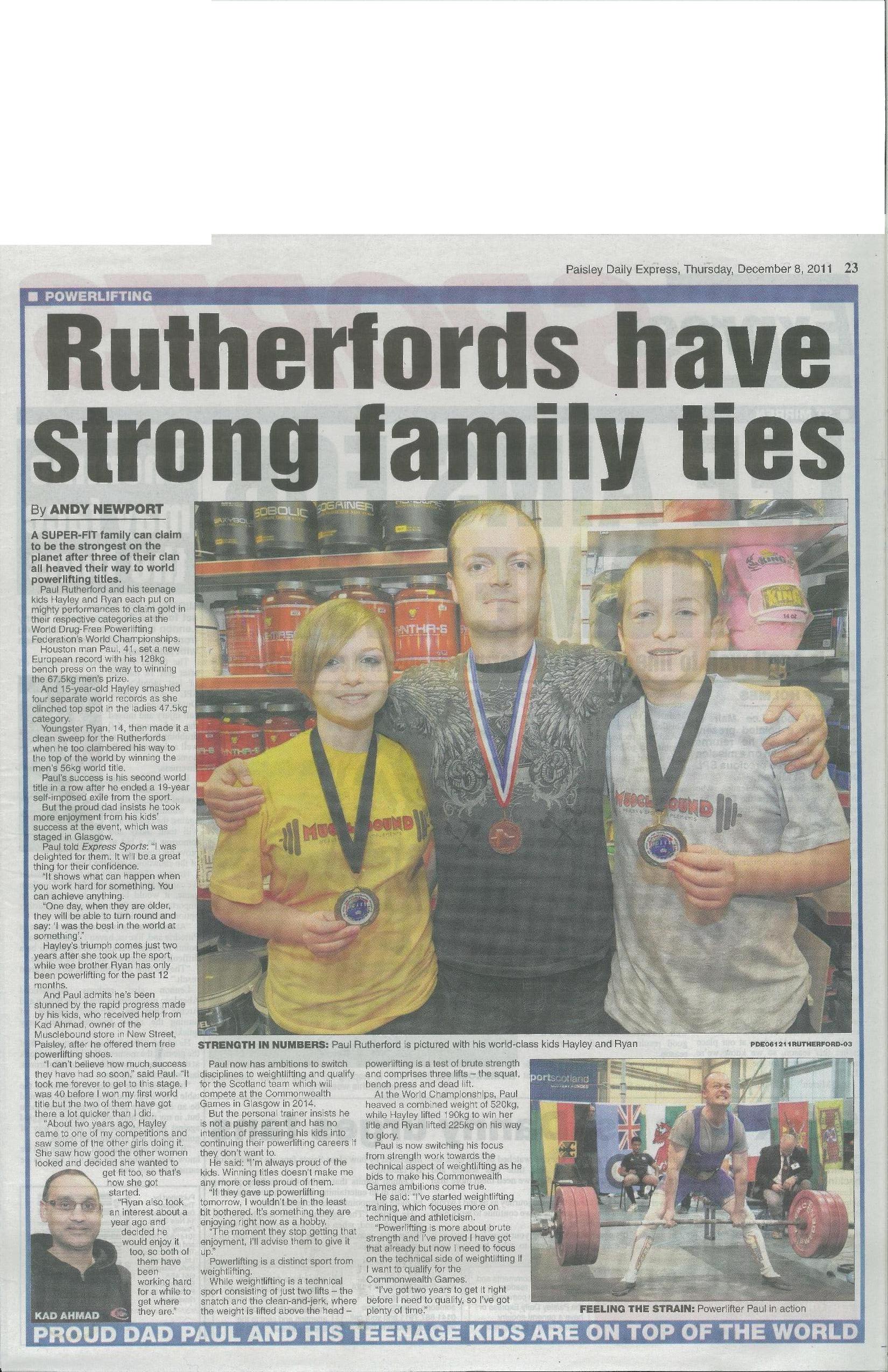 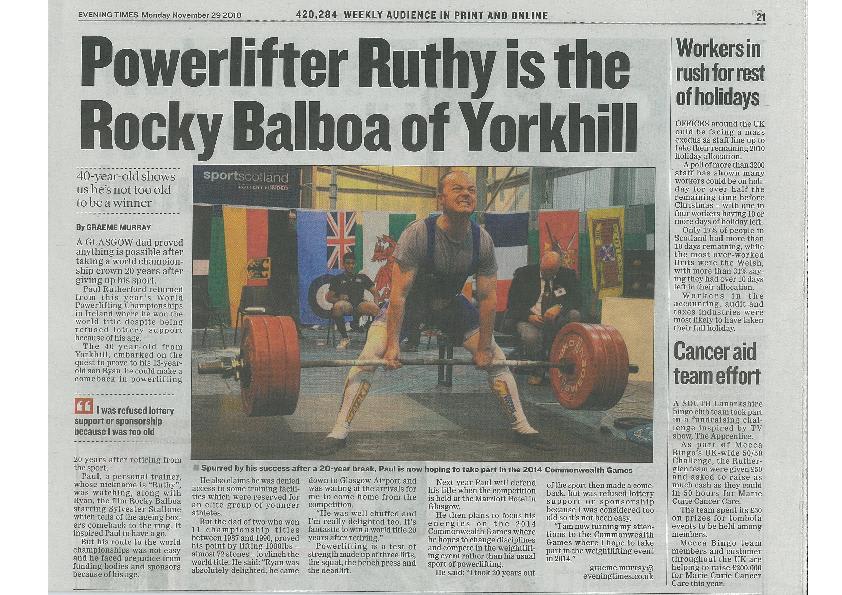 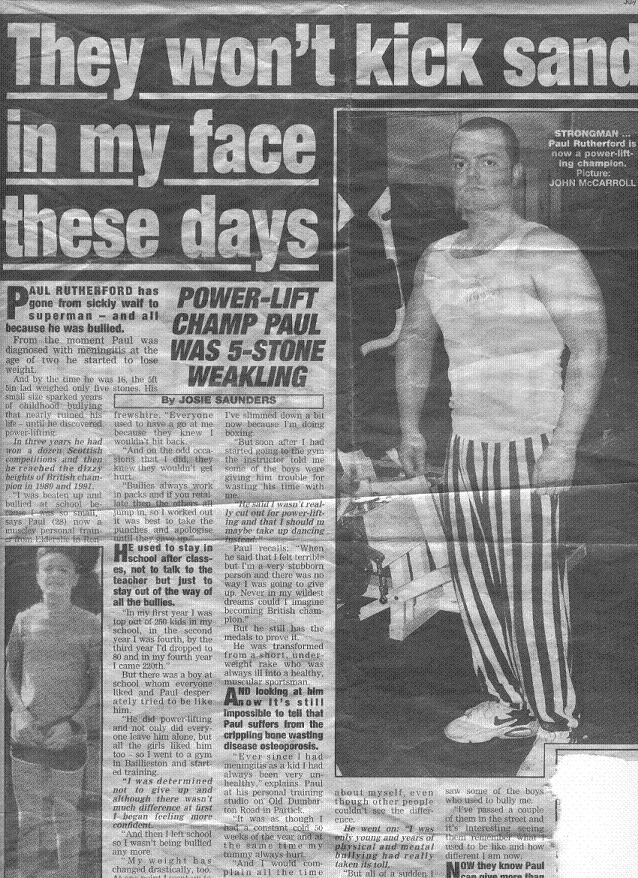 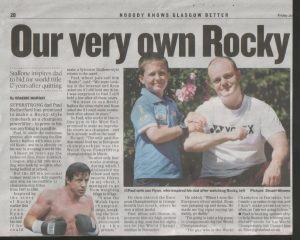 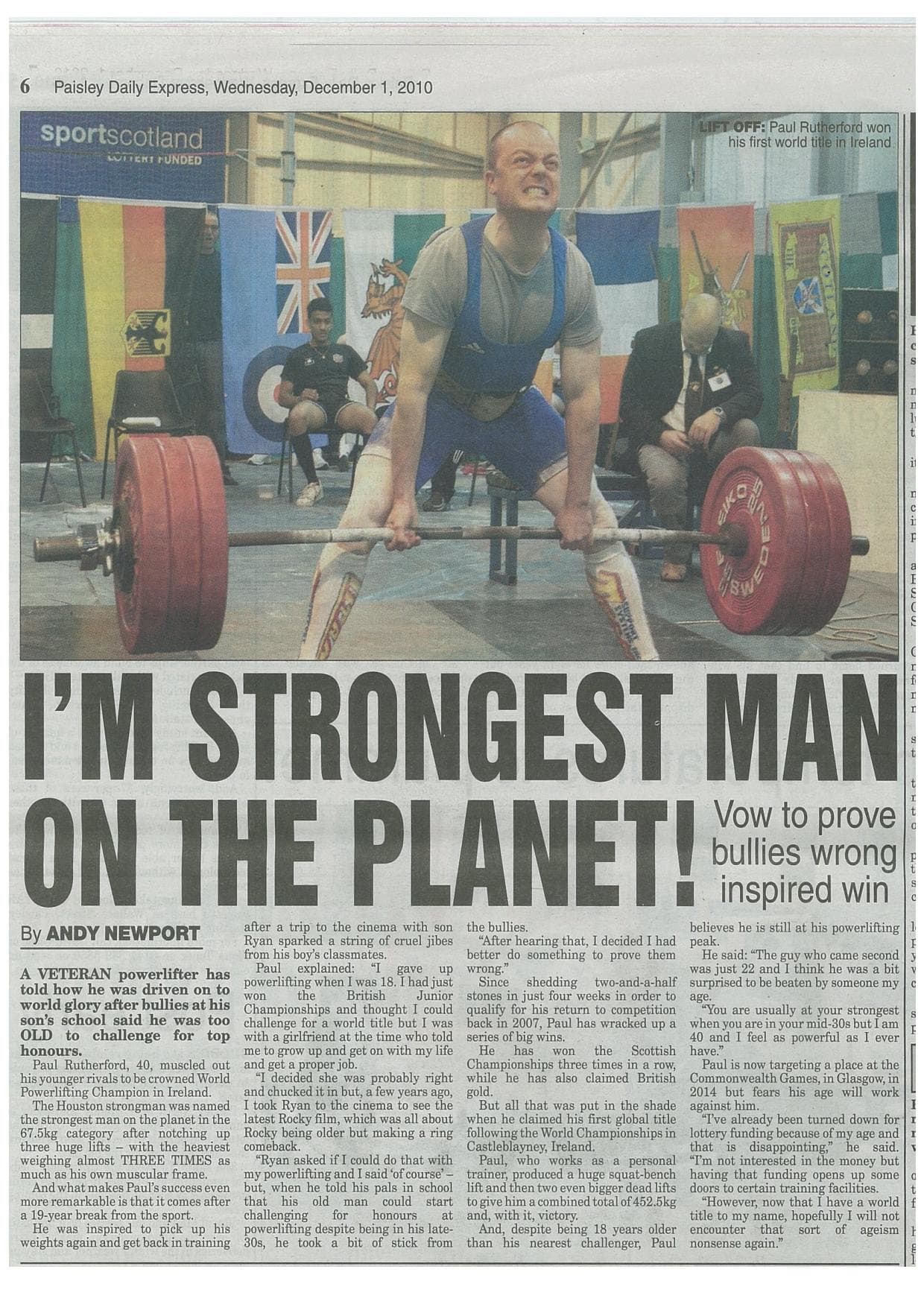 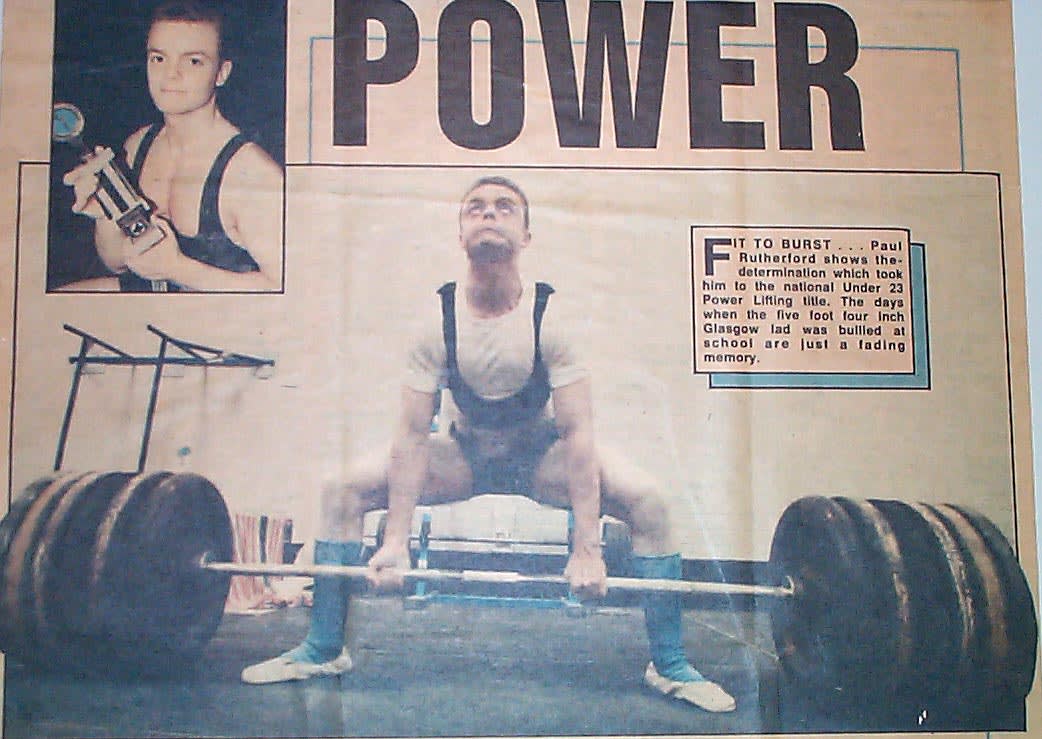 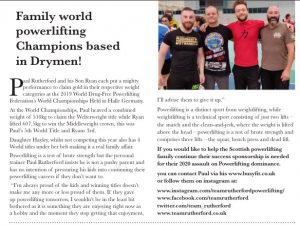 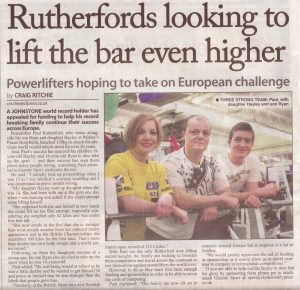 Paul is still going strong at 40

A VETERAN powerlifter has told how he was driven on to world glory after bullies at his son’s school said he was too OLD to challenge for top honours.

Paul Rutherford, 40, muscled out his younger rivals to be crowned World Powerlifting Champion in Ireland.

The Houston strongman was named the strongest man on the planet in the 67.5kg category after notching up three huge lifts – with the heaviest weighing almost THREE TIMES as much as his own muscular frame.

And what makes Paul’s success even more remarkable is that it comes after a 19-year break from the sport.

He was inspired to pick up his weights again and get back in training after a trip to the cinema with son Ryan sparked a string of cruel jibes from his boy’s classmates.

Paul explained: “I gave up powerlifting when I was 18. I had just won the British Junior Championships and thought I could challenge for a world title but I was with a girlfriend at the time who told me to grow up and get on with my life and get a proper job.

“I decided she was probably right and chucked it in but, a few years ago, I took Ryan to the cinema to see the latest Rocky film, which was all about Rocky being older but making a ring comeback.

“Ryan asked if I could do that with my powerlifting and I said ‘of course’ – but, when he told his pals in school that his old man could start challenging for honours at powerlifting despite being in his late-30s, he took a bit of stick from the bullies.

“After hearing that, I decided I had better do something to prove them wrong.”

Since shedding two-and-a-half stones in just four weeks in order to qualify for his return to competition back in 2007, Paul has wracked up a series of big wins.

He has won the Scottish Championships three times in a row, while he has also claimed British gold.

But all that was put in the shade when he claimed his first global title following the World Championships in Castleblayney, Ireland.

Paul, who works as a personal trainer, produced a huge squat-bench lift and then two even bigger dead lifts to give him a combined total of 452.5kg and, with it, victory.

And, despite being 18 years older than his nearest challenger, Paul believes he is still at his powerlifting peak.

He said: “The guy who came second was just 22 and I think he was a bit surprised to be beaten by someone my age.

“You are usually at your strongest when you are in your mid-30s but I am 40 and I feel as powerful as I ever have.”

Paul is now fears his age will work against him. “I’ve already been turned down for lottery funding because of my age and that is disappointing,” he said. “I’m not interested in the money but having that funding opens up some doors to certain training facilities.

“However, now that I have a world title to my name, hopefully I will not encounter that sort of ageism nonsense again.”